Mr. Garry Barbadillo, Esq. is one of the most recognized family law attorney in the cities of San Jose, Campbell, Cupertino, Gilroy, San Martin, Morgan Hill, Los Gatos, Sunnyvale, Milpitas, Alviso, Mountain View and the whole of Santa Clara County. He is dedicated to providing the most exceptional legal representation to his clients for over a decade. The top-ranked lawyer has been selected as the Best Attorney from 2016 to present, by the Milpitas Post “Best of Milpitas”. A divorce attorney near you / me.

“Having handled hundreds of divorce cases, complicated family law issues and other family law matters, Mr. Barbadillo differentiated himself by having created a boutique law practice firm; he handles each and every matter by himself from start to finish. He does not delegate his work to anyone. Every document, phone call and Court Appearance is conducted personally by him.”

Garry has extensive knowledge on all the areas of the Family Law, Bankruptcy and Immigration, helping his clients understand and prepare for potential outcome results that may arise during the legal process. He works proactively to protect the rights and interests of his clients.

Garry is recognized by his colleagues as being highly competent in resolving high conflict Child Custody and Visitation cases. His exceptional professionalism allows him to work on Child Custody and Visitation cases with calm and unshakeable proficiency, making him the most sensible choice for often emotionally charged and legally challenging cases.

Garry is also an active resident of Milpitas, CA where he was awarded the prestigious Milpitas Citizen of the Year in 2018. He has participated in various civic, non profit and community affairs. Throughout a decade,  he has served the city of Milpitas as school site council, Parks and Recreation Commissioner, Planning Commissioner, advisory bodies and was an elected Milpitas City Council member.

Prior to this time, he was a courtroom clerk for the Santa Clara Superior Court, where he gained thorough knowledge of the inside workings of the court system.

The writer’s essay is, like the title suggests is an essay that the writer writes on a particular topic. An outline and background should be provided by the writer. After that, they should proceed with the writing process in the appropriate format. Use 12 points. The font size should be 12 points. The title of the work should appear in quotation marks. The work’s title must appear in quotation marks. It is not best custom writing services necessary for the assignment sheet to be part of the paper. 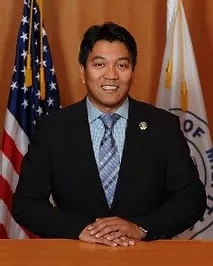 Mr. Barbadillo provides outstanding legal representation to clients seeking help in Immigration, Bankruptcy, Personal Injury matters. His work with clients is dedicated to creating an effective, personalized plan that guides his clients through the complexities of the legal process and gets desired results.

Although his extensive legal experience has been in immigration, bankruptcy, and personal injury, Mr. Barbadillo has also handled diverse Family Law matters during his career. His expertise from over a decade of defending the legal rights of his clients is applied to our firm’s Family Law practice. He achieves his professional accomplishment through skillful clients' representation in and out of the courthouse.

Finally, because of Mr. Barbadillo’s ethics and character, he is well respected by colleagues and Judges as well as all court personnel. His clients greatly benefit from his reputation. Call (408)772-5469 today to schedule your consultation.

The information on this website is for general information purposes only. Nothing on this site should be taken as legal advice for any individual case or situation. This information is not intended to create, and receipt or viewing does not constitute, an attorney-client relationship. You should not rely on this information without seeking the advice of an attorney.

We are a Debt Relief Agency. We help people file Bankruptcy relief under the Bankruptcy Code